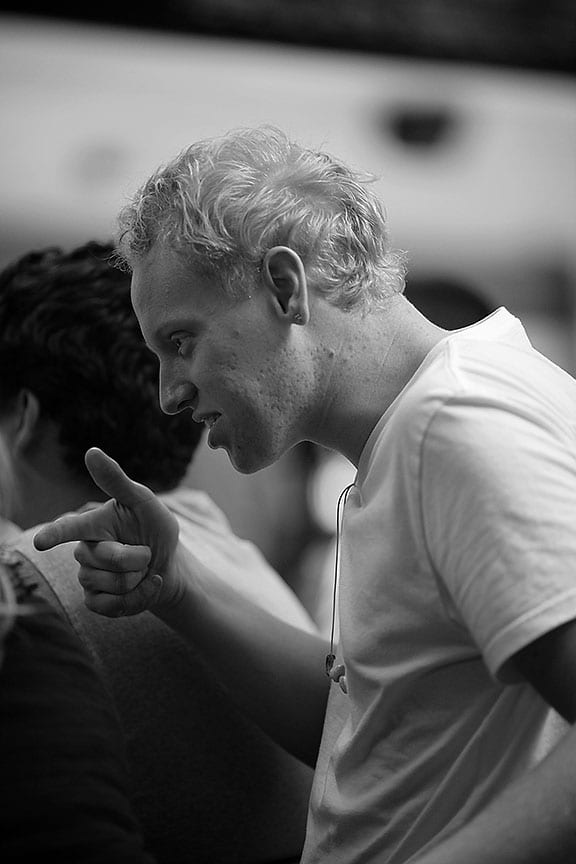 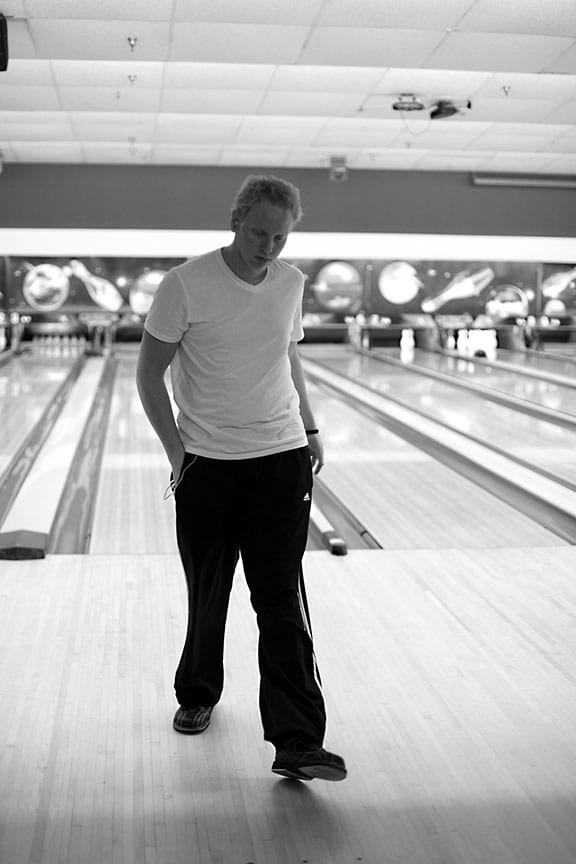 Spending your life without your sibling is like spending your life with a piece of you missing. For five years, a piece of my family has been gone. My only sibling, my brother Joshua, passed away on March 14th, 2016, in a motorcycle accident in Florida. Today on La.Rue, three days before his fifth anniversary, I want to share with you all a major part of me. Losing my brother has shaped so much of who I am and my life today. I want to share my journey with loss, grief, and coping with the loss of a sibling. I don’t want to share the story of how he died and the tragedy it brought my family, but more so how the grief has shaped our lives and continues to do so five years later.

I recently had a conversation with a very close friend of my mom’s, and she asked me one of the most straightforward questions I’ve ever gotten; a question I think most people are either too afraid to ask or don’t want the honest answer to. We were talking about Josh and his upcoming birthday and anniversary, and she looked at me asked me, “What’s it like to lose a sibling at 18?” I sat silent for a few moments, thinking about what that question really meant and if I should give an honest answer. When talking about Josh with anyone, I fear that it will make them uncomfortable. However, I knew this woman had experienced her own grief and trauma, so I felt completely comfortable being honest with her.

Since losing Josh, I’ve met a handful of people that have lost a sibling around the age I did. Each experience has been different, but the story of grief has always been very linear between those people. For most, I think it’s just an overwhelming sense of grief. But my experience has been much different. It is a story of great guilt and regret, and that’s the story I told this woman. For years growing up, my brother and I never had a relationship. It was much more than a typical sibling rivalry; it was a resentment that stemmed from years of jealousy and a lack of understanding. Out of respect for my brother and his privacy, I won’t go into detail about our childhood; all that’s needed to know is that our bond and relationship as a brother and sister didn’t develop until we were much older.

Despite the heartache and pain my parent’s divorce brought on, as an adult, I can now see what it did for our relationship as siblings. It saved it. The separation of one child living with one parent and the other child with the other parent, that space is what fostered the beginning of our bond. I was around 15 when my parents separated, Josh 18. From that time on, we began to see each other’s sides of the coin, and the resentment began to fade. As we both matured, we were able to understand how both of our pasts affected the other person, and a silent appreciation grew. Josh and I began spending more and more time together. Eventually, he graduated high school, and we were able to do more things together. Sometimes even taking short day trips to places around Florida.

Eventually, I was 18 and heading off to college. Josh and my parents dropped me off that day in New York City, on my 18th Birthday. My brother and dad had driven me up there and had another 24-hour drive back. Josh hugged me and rested his chin on my head. His hugs felt different those last few years, like now he was protecting me from the world around us. One of my last memories of him was on my 18th Birthday, saying goodbye. Instead of wishing me a happy birthday again, he pushed away from the hug, held onto my shoulders, looked me in the eyes, and said, “I’m so proud of you, Lauren.”

My Experience with Loss

As I sat there, telling this woman this story, I had told her that I had felt like I had a real brother for the first time in my life. Someone who would look out for me, protect me, fight for me, and love me. The night my parents called to tell me Josh passed away was 7 months after that hug. They called around 3 AM, and the first time I was alone after that was around 5:30 AM when I was sitting in JFK waiting to board a two-and-a-half-hour plane ride home, alone. At that moment, I had the most painful realization I had ever had in my entire life. The brother that I had finally felt like I had gotten was taken from me. My brother wouldn’t be at my college graduation. He wouldn’t be at my wedding. He wouldn’t be the uncle to my children. Joshua wouldn’t be there to help me say goodbye to our parents one day. Joshua had so recently begun to live his life and now, in a matter of seconds, it was gone. It could have been anyone else, but Josh’s life had been taken away, and I was still here. An overwhelming sense of guilt set it, it’s still here today.

Coping with the Loss of a Sibling

I had lost something I felt like I had just gotten. There was so much I wanted to say to Josh, so much that had gone unsaid. The few weeks after his death was a complete blur. But now, we’re just three days shy of being five years down the road, and I can tell you it feels like it was both yesterday and a lifetime ago. People who haven’t experienced this loss don’t understand the different types of grief associated with losing a sibling. In the same way I have no idea what it’s like to lose a parent. It’s not to say they don’t know pain, just not this pain. Josh’s death affects me every day of my life. I think about him every single day. I have more good days now than bad. But the bad still hit like a ton of bricks no matter the day.

Sometimes people can’t understand the true long-term effects of losing someone that close to you. Because they’ve already moved on, they assume you have too. But my parents and I will never move on from losing a son or a brother. For the rest of my life, no matter how happy the day, there will always be something missing. His presence, energy, smile, and love are missing from my life every day, and not one day goes by that there isn’t something I wish I could talk to him about, tell him, or share with him. The day I graduated college was my first big milestone without him, one of my greatest accomplishments. When they called my name, and I received my diploma, I sat back down and heard him say to me, “I’m so proud of you.” The same way he said to me days before I started college, I could see him standing there saying it at that moment. He should have been there, but he wasn’t.

As time goes on you learn to adjust to the person not being there and grow an appreciation for the thought that their presence and happiness is nearby. But every milestone, every moment is missing something, and that knowledge sits with you. Five years later, it still feels as heavy as the moment I realized it sitting on that plane. 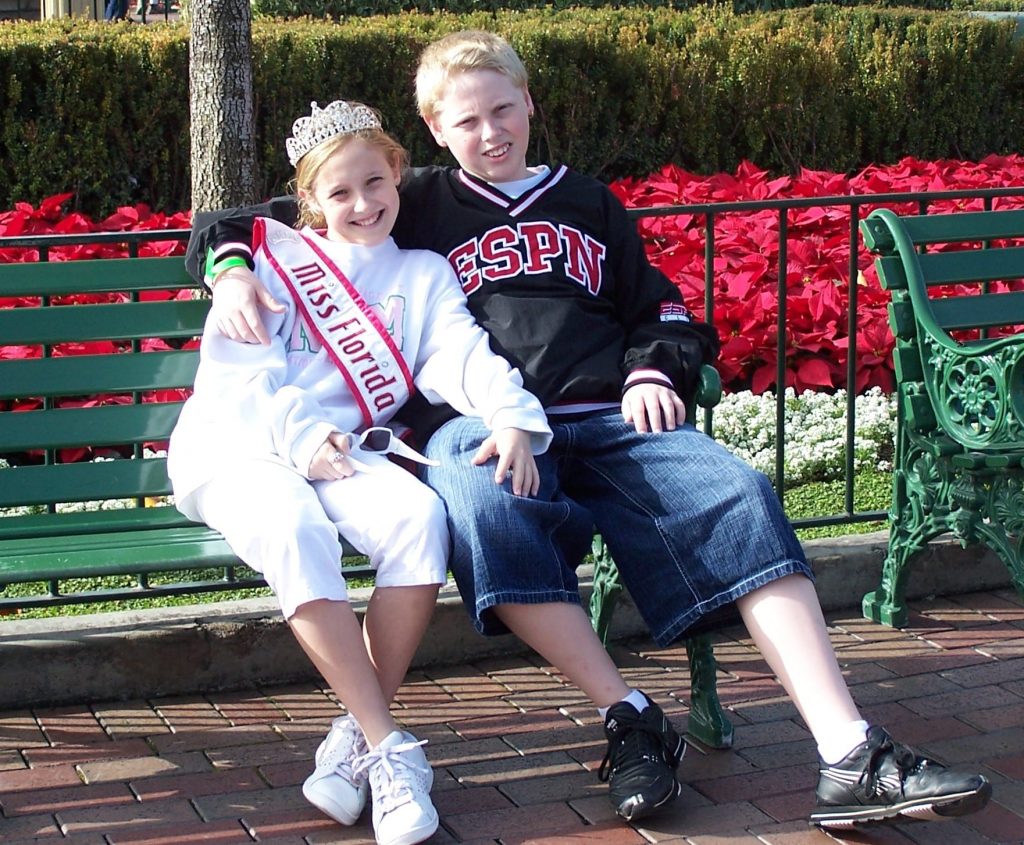 Joshua’s Presence in My Life Today

If I could have anything in the world, it would be for my brother to be here as a 27-year-old successful man living out his dream. But I can’t have that. So I have to settle for the ways that Josh is still here in my life today. A few months after he passed away, my parents and I raised and donated $5,000 to our local humane society in his honor. But even better, we adopted a dog that day. Because of Josh, we have Chica, a pup we love so dearly. Because of Josh, my parents and I, the three of us together, share the absolute best relationship we’ve ever had. On this earth, we are the only 3 people in the world who understand what it’s like to lose Josh as a son and as a brother. That bond is unbreakable and something we value more than anything.

Because of Josh, I’m sitting here writing this today. I would not have started La.Rue without him. His presence in my life today means pushing me to follow my dreams because I understand how short life is. Without the loss of my brother, I would not be the strong, independent, and resilient person I am today. It’s because of Josh that I am who I am today. And because I cannot change what already is, I have embraced the qualities he has given me and that I see in myself.

Five years later, Joshua is still and will always be one of the most important people in my life. I strive every day to keep his memory alive and embody the qualities in him I admired most. Joshua has taught me to have humility and compassion for those stories I haven’t experienced. He has taught me incredible strength in the face of great trauma. But most importantly, my brother taught me to live fully and intentionally because life is incredibly short. I will not leave this earth, to one day meet him again, with any regrets and nothing less than the life I dream of. The one he would be so proud of me for achieving.

Ellie’s Way – Online support group for loss of loved ones 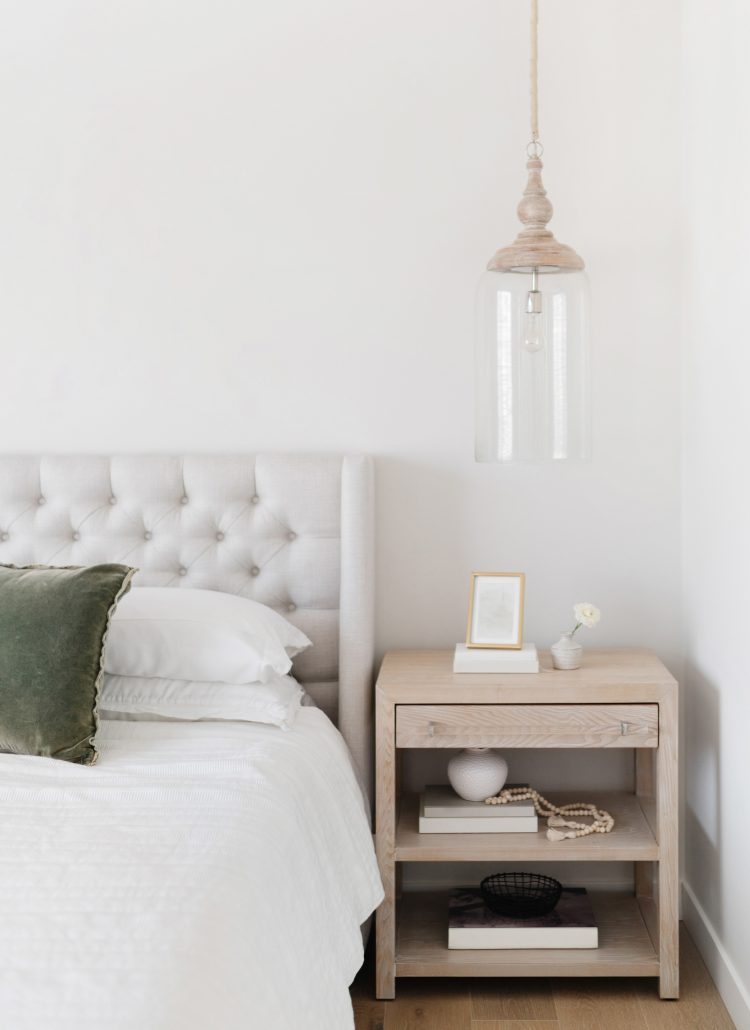 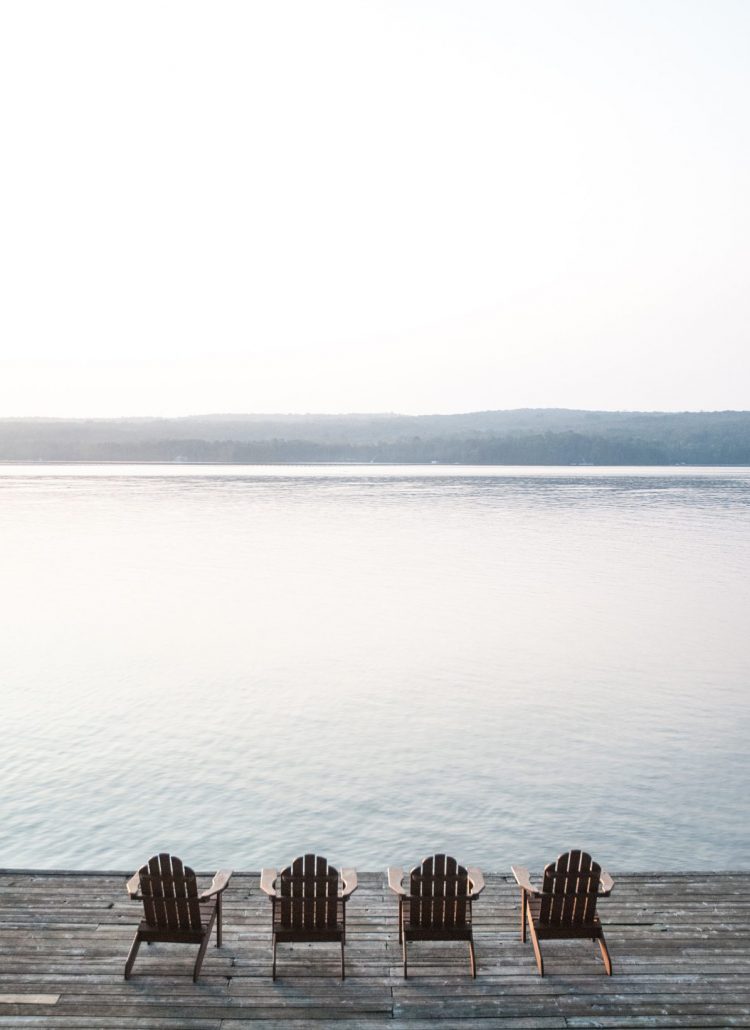 Healing Wounds Together through the 6th Stage of Grief 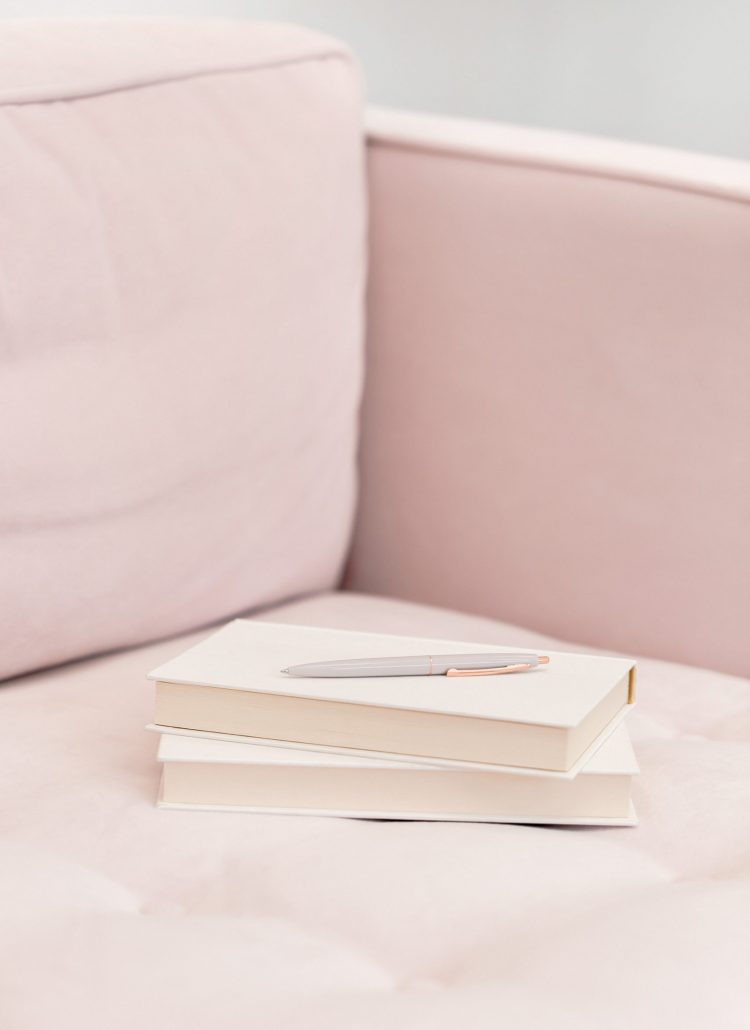 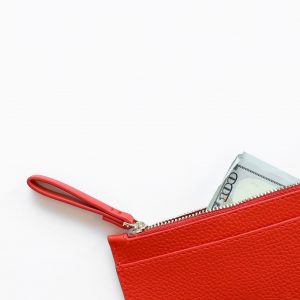 How to Budget & Track Your Spending + FREEBIE