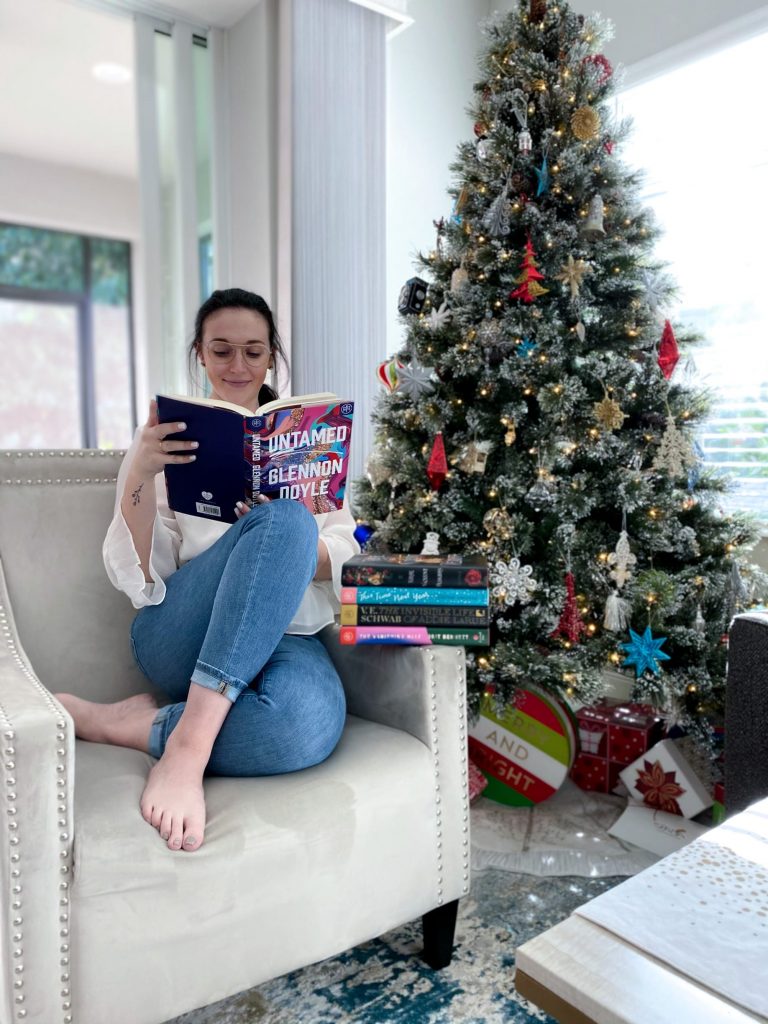 We’re nearing the end of the year. So, all the content in the near future will center around the end of 2020 and moving forward to 2021! Today, I’m going to share with you what I think were the best books of 2020 and why!  I absolutely love to read, and I can so easily get lost in the plot of a new book. I studied English in college and interned twice at Penguin Random House, the largest publishing house in the world. There, I learned so much about the world of publishing, the process of creating a book, all while growing my love of literature. Over the last several years, both in college and since graduating, I’ve read my fair share of books.

There aren’t many books I won’t read. I’ll say that my go to genres aren’t necessarily mystery or suspense, but I’ll never say no to a best seller. My favorite books to read are memoirs – I love to get lost in the lives other people have lived. Classic non-fiction, are evergreen and timeless content. Non-fiction in general, modern stories about a past someone most likely lived, are thrilling. Some of my favorite authors include George Orwell (1984), Salman Rushdie (Midnight’s Children) Toni Morrison (Beloved), to name a few. But, for 2020, I can say there have been some fantastic books published, and these are some of my favorite. 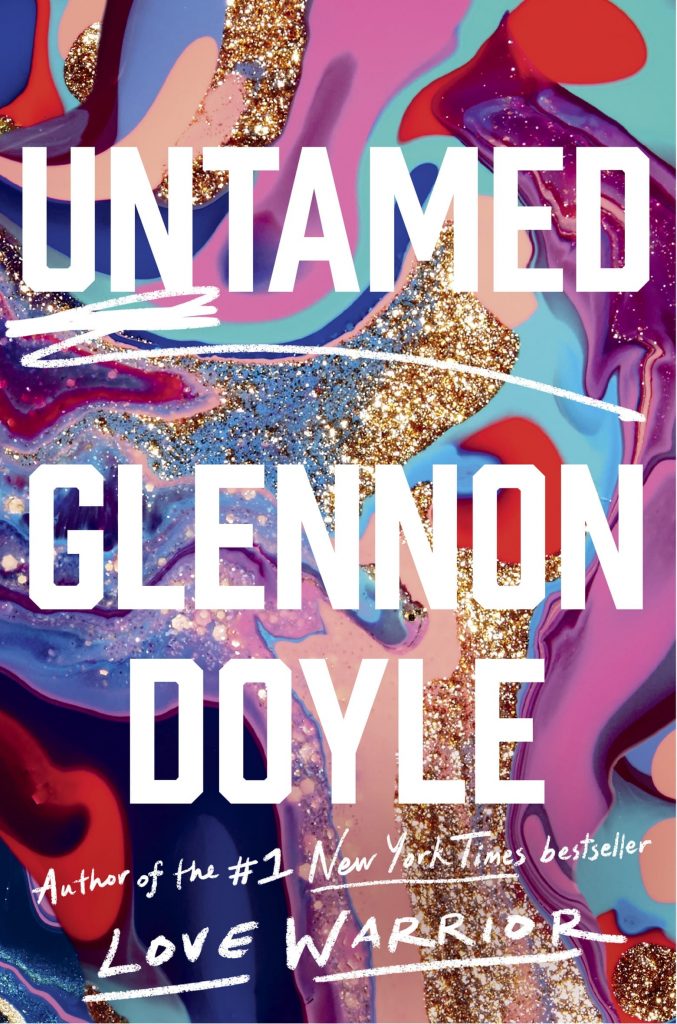 I’ll start out strong with one of the most read and bought books of the year. I hopped on this bandwagon immediately and read Doyle’s Untamed and it did not disappoint! Doyle’s masterful presentation and honest portrayal of life’s trial and tribulations as a woman are telling and unbelievably relatable. If you’re a woman and you haven’t read this book yet, it will shake you to your core. It’s like paying $27 to read about the disappointment, failures, ups, and downs of your own life, page after page. Untamed is a masterful metaphor of the cage women live in in a misogynistic, male-run world. Writing about the cages we come in and leave throughout our life, Doyle dives into the world of female empowerment and feminism in the brightest lights and enlightening ways. If you haven’t read Untamed yet, you need to immediately.

This book will change the way you view sexism, your self-worth, and how you live your life. Much like her story, Doyle’s writing is Untamed and takes no caution when throwing the truth to the wind. If you’re looking to read a new memoir, I promise this book will not disappoint.

The Vanishing Half – Brit Bennett 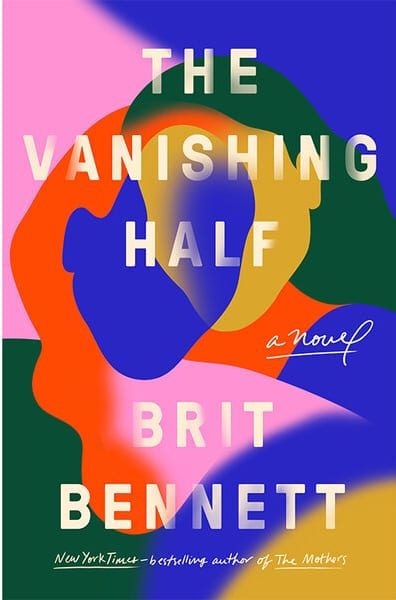 The Vanishing Half is one of the five books I choose from in the June box from Book of the Month. Bennett’s second New York Times Best Seller is a fantastic fictional tale that follows the story of twin sisters living two very different lives. Stark differences separate these two sisters: wealth, education, community, and even racial identity as twins. This book takes you through family lineage and generational separation through a story that brilliantly portrays the development of race and class systems in America.

As a former English major and someone who has read her fair share of novels centering around race, this book did wonderfully bringing to life how race affects lives differently, even with the same color skin. With elements of Yaa Gyasi’s Homegoing the way the novel follows generations, I felt the language and the story in the book brought to light by Bennett. 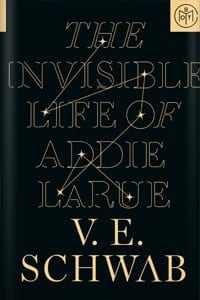 Not a fan of the heavy reading? Already read your fill for memoirs and deep topics, turn to fiction for your new best friend. The Invisible Life of Addie LaRue appealed to me for so many reasons. As my October Book of the Month, I immediately choose the novel when I saw the title. Launching La.Rue in the same month, I couldn’t see it as just a coincidence. So, not only was I immediately in love with the title, but when I read the synopsis and got total Age of Adeline vibes, I couldn’t resist, and this book DID NOT disappoint.

Schwab captures the poetry of France in 1714 when a young Addie LaRue bargains for her life to live forever. When she’s granted her wish, she’s fated to live forever, leaving behind souls who don’t remember her. The story travels through 300 years of Addie’s life before someone comes along to change her fate. Page after page, you’re moving through centuries of stories and adventure watching Addie attempt to leave her footprint behind. If you’re in the mood for a book that will bring you to tears, look no further. 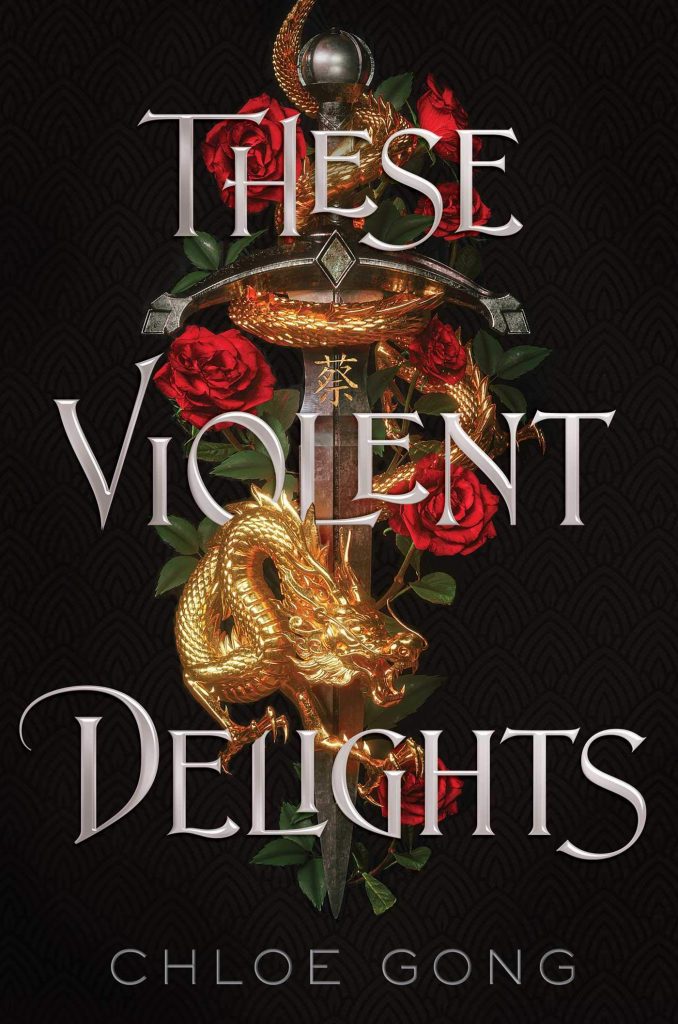 These Violent Delights is a FANTASTIC adaptation of Shakespeare’s Romeo & Juliet. Set in the 1920s, Gong takes the story of Romeo & Juliet to the streets of Shanghai, where two rival gangs compete to run the city. But when the city starts to see the two gangs begin to fall, instead of competing against each other, Juliette Cai and Roma Montagov decide to work together to get things back in order. This is a beautiful and riveting interpretation of the classic story Shakespeare wrote so long ago. Boy meets girl, girl and boy fall in love, the love is so consuming, it kills them both.

If you ever wish you read more Shakespeare or know more about the storylines, there are some really amazing adaptations out there. Gong does a wonderful job of showing you the classic tale with a modern spin.

This Time Next Year – Sophie Cousins 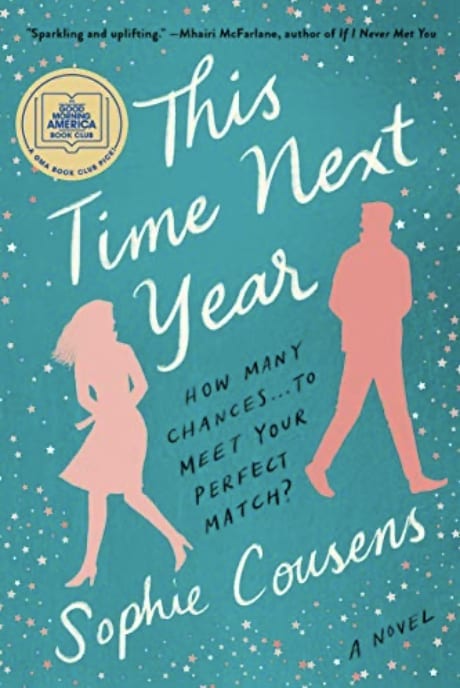 This Time Next Year, is a fabulous Rom-Com taking you through the lucky and the unlucky. I’m not usually one for this kind of book, but it was entirely fun, flirty, and an easy read. Minnie and Quinn take you on a hilarious journey of luck. Born at the same hospital, on the same day, at (almost) the same time on New Year’s Eve, Minnie believes Quinn has been stealing her luck for thirty years until the two finally meet and fall into a blissful love. If you’re into romances that draw you in so you can’t put the book down, this is for you! It’s a great read and perfect to close out the end of the year!

Minnie and Quinn’s story travels through an entire year from when they meet on their birthdays to the same time next year. Minnie believes that since his mom stole what was supposed to be her name “Quinn,” that he’s been stealing all her luck for the last thirty years. Quinn, the smart, handsome, and wealthy man rivals Minnie’s mundane and difficult life. Read this fabulous book as the two bring each other to life and eventually share in the wealth of “Goodluck.”

If reading more amazing novels and books is on your list of resolutions for the New Year, these five are a great way to get started. If you’re interested in Book of the Month, follow my link to receive a book credit when you subscribe. You can read more about my Book of the Month subscription on the blog, Fabulous Intentional Gifts to Give this Holiday Season. 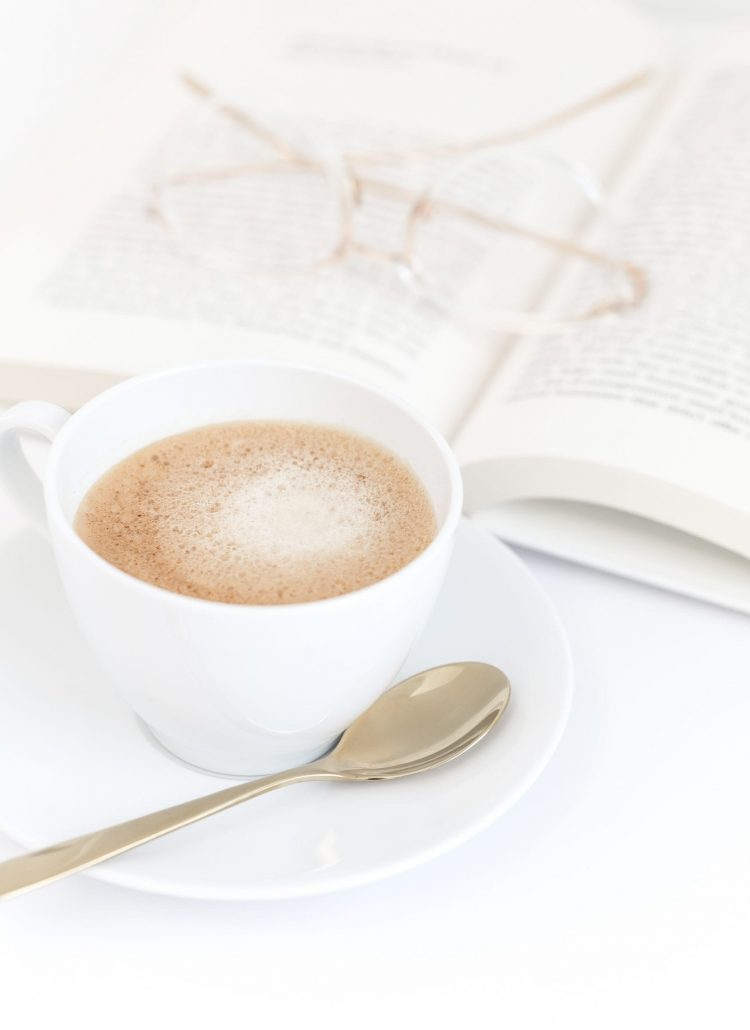 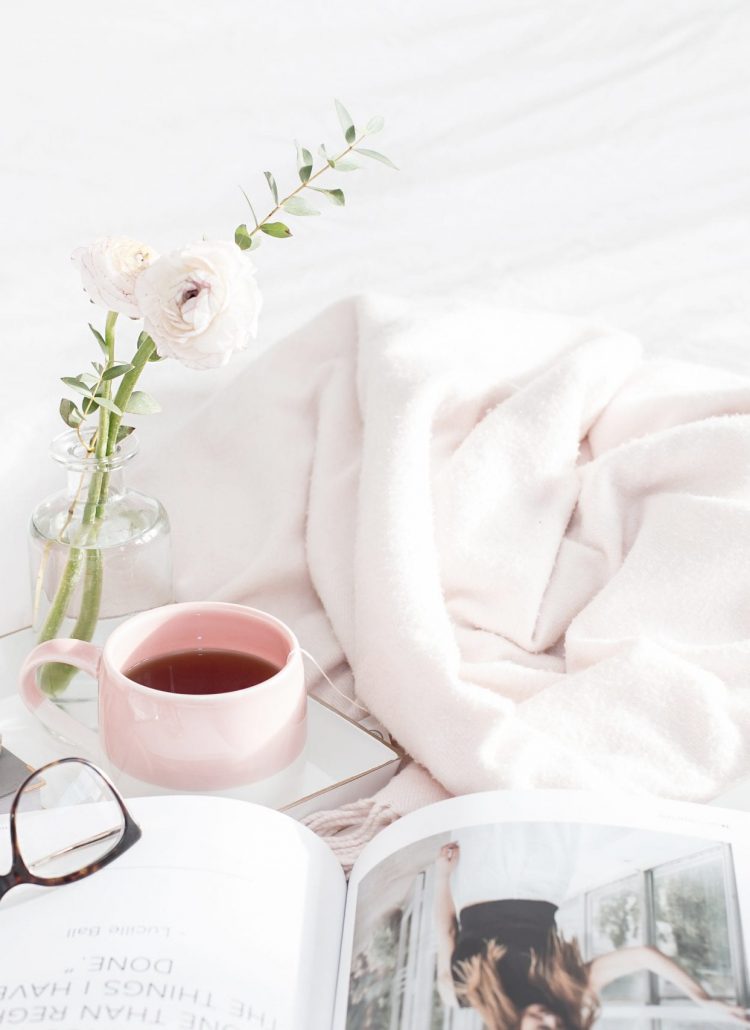 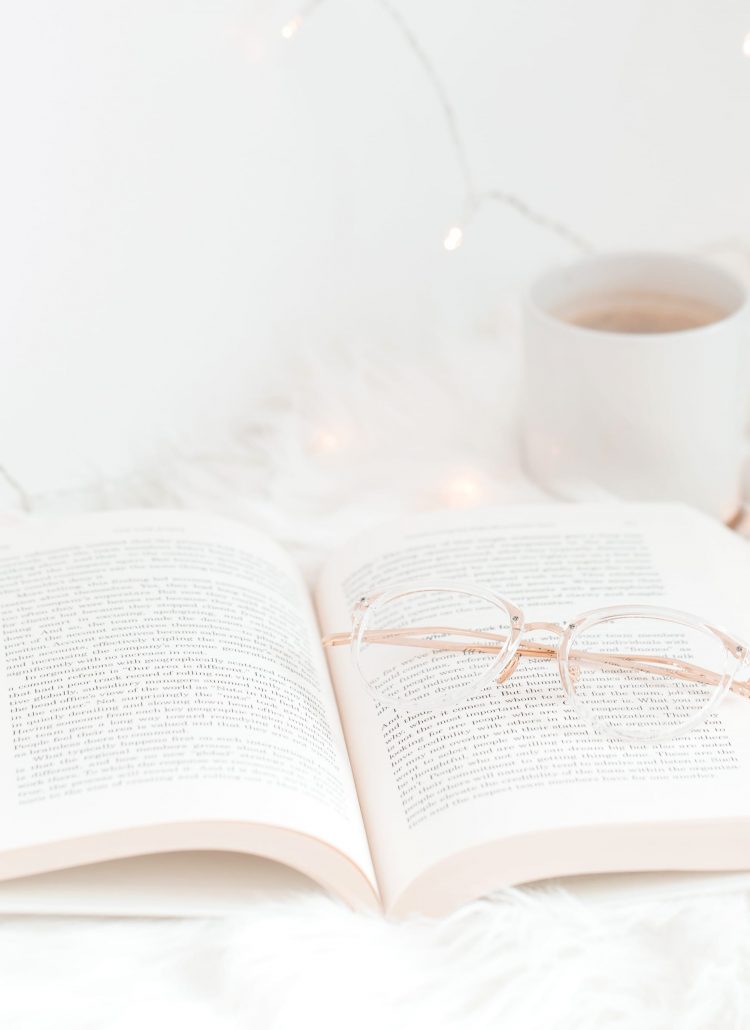 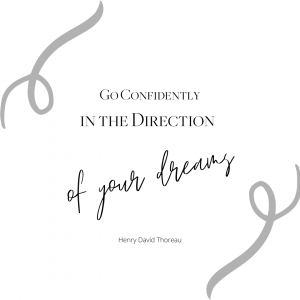 A Guide to Writing Achievable New Year’s Resolutions and Goals

I’ve been working on finding my natural flow sta

Striving to live a life where mimosa’s at noon a

To my absolute favorite woman in the world. You in

Spring Saturdays have me thriving 🦋 A day of y